International Women’s Day is upon us. In the spirit of this special date, we’ve reflected on the amazing feats that strong independent females have accomplished. While pregnant.

Read on to find out about all about these fantastic women.

Sports are tough. I once tried to run a marathon and I felt like my lungs were on fire and death was imminent. So sports plus pregnancy? Don’t even mention it.

But apparently it’s no biggie for dozens and dozens of badass ladies. Absolute legend-of-a-human-being Serena Williams, for instance, won her 23rd Grand Slam title at the 2014 Australia Open tournament while pregnant. Game, set, and match for Serena smashing down boundaries for pregnant females. Kerri Walsh Jennings, one half of the greatest volleyball duo of all time, won an Olympic gold medal, you guessed it, while being pregnant. I suppose having an extra one on the team must have helped Kerri and her partner.

So physically women, even when pregnant, are doing all right to say the least. ‘But what about pregnancy brain,’ you may ask. I hear you.

Amal Clooney, though, wouldn’t know what you’re on about. The famous human rights lawyer delivered a poignant speech at the UN Headquarters in New York, curiously enough, on International Women’s Day 2017. While pregnant. What might seem an incredible feat was simply business-as-usual for Amal who, pregnant or not, continues to inspire with her strength and resilience to fight for what is right.

CEO of a company

Being a woman in the corporate world is already hard enough, without even factoring pregnancy into the mix. In an age where female employees are forced to sign contracts pledging not to get pregnant while employed in that company, the rise to leadership of a woman in her third trimester seems a laudable feat. Marissa Mayer became Yahoo’s CEO in 2012, while being precisely 6-months pregnant. Not only did she achieve the impossible by some industry standards, but she also pushed for more progressive policies for maternity leave and office facilities for working mums.

If running a company isn’t already a big enough accomplishment, running a country certainly is. New Zealand politician Jacinda Ardern became the youngest female Prime Minister in the country’s history in 2017. The same day as she found out that she was pregnant. Talk about a lucky streak. The only trouble she had balancing her pregnancy with her new role was battling her morning sickness. But, hey, politics are pretty unpalatable most of the time anyway, so we couldn’t blame her little one for that, really.

Walk a dirt road to the hospital

Last year we shared with you some of the experiences of new mums from rural Kenya who The Book of Everyone supports through the Team Mum campaign. When one of these mums-to-be, Lillian, went into labour, she and her mother had to walk all the way to the nearest hospital in a nearby village because they didn’t have money for the bus. Halfway through their journey, Lillian gave birth on the road with the help of her mother and a passerby. When new mums like Lillian live in isolated places in rural Kenya, it’s hard to reach them with health services. You can support Team Mum through donations here, and you will be helping launch pregnancy support groups in Lillian’s community and many others like hers.

Arguably the biggest win of women, pregnant or not, is plainly being themselves. While society and the media are preoccupied with what women are wearing or how they look, these ladies are focused on what they do. Carrying on with their jobs, with their lives, hobbies, passions and responsibilities, women keep marching to the beat if their own drum and dismissing the expectations of society.

So, we want to wish all women, wherever they are and whatever they do, a very Happy International Women’s Day! 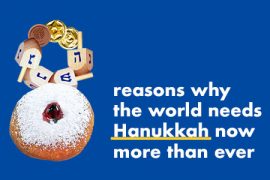