They’re everywhere. There’s no escape. They’ve surrounded me. Gormless, fierce and angry carved orange faces in every corner of my town. Somebody do something!

Of course, I’m talking about pumpkins. We decided to look into some facts about the popular autumnal food as well as some ridiculous things people have done with them in order to gain a coveted place in the Guinness Book of World Records.

If you have a Halloween themed pub quiz coming up, these might just come in handy….

1. Firstly, one that may surprise you. Pumpkins are in fact a fruit, not a vegetable.

“But Joe”, you may ask “how can a fruit taste so un-sweet and bitter, you charlatan?!”

Well, from a botanical perspective, pumpkins are a fruit because they are the product of a seed-bearing and flowering plant. Vegetables, on the other hand, are the edible portion of plants such as leaves, stems or roots.

Because pumpkins are less sweet and more savoury from a culinary point of view, we categorise them as a piece of veg. 2. Would you believe it, but pumpkins actually float in water. Dmitri Galitzine saw his name in lights when he heard the news. He decided he would be the one to make a Guinness World Record for the fastest 100 metres paddled inside a pumpkin. He did so on 23 May 2013 at Trafalgar Wharf, Portchester in an impressive 2 minutes and 0.3 seconds. If this hasn’t won you over, the pumpkin used weighed 272.16 kg (600 lb) – it wouldn’t have been easy to lug that orange monster along.

3. Talking about orange monsters, 272.16kg is nothing compared to the biggest pumpkin to have ever been grown. The world record breaking pumpkin weighed in at 1,190.49 kg which is just less than a fully grown female hippo! This incredible feat was achieved by Mathias Willemijns and authenticated by the Great Pumpkin Commonwealth (GPC) in Ludwigsburg, Germany, on 9 October 2016. 4. The most common use with pumpkins is, of course, cooking. But these days people will literally do anything to create a new world record. In this case, I’m talking about launching pumpkins out of a cannon. The farthest distance to fire a pumpkin is 1,690.24 metres and was achieved by a group of American chaps using their “Big 10 Inch” air cannon in Moab, Utah, USA, on 9 Sep 2010.

5. Onto a very important topic now as far as pumpkins fans are concerned: pumpkin pie. On 25th September, 2010 the biggest pie ever to be created was in New Bremen, Ohio. It weighed in at a scrumptiously hefty 1677.8 kilograms and had a diameter of 20 feet. All they needed was 550 kilograms of canned pumpkin, 2,796 eggs, 109 gallons of evaporated milk, 238 kilograms of sugar, 7 pounds of salt and 14.5 pounds of cinnamon. Easy peasy pumpkin squeezy.

6. A lot of the words we use today are derived from Latin, but is pumpkin one of those words? Well, no. The word actually derives from the Greek word ‘Pepõn,’ which means literally ‘large melon.’ The word morphed in French to ‘pompon’ meaning melon and eventually was passed onto the English language were it was adopted as ‘pumpkin’ at some point in the 1640’s. 7. Pumpkins originated in America and native Americans ate pumpkin flesh roasted, baked, boiled or dried.They munched down on the seeds and believed in homeopathic capabilities of the fruit, such as being able to get rid of freckles and cure snake bites. The flowers were mostly added to stews, and dried pumpkin was kept for use during the long gruelling winters or ground into flour. The shells were also dried out and used as bowls and storage containers.

So pumpkins from past to present have always had a myriad of uses, ranging from the downright ridiculous to the considerably practical. Although, in more recent times we do use them for cooking, the most common use is carving them to make some pretty terrifying faces, only to be illuminated on Halloween to scare the little kiddies as they do their rounds of the neighbourhood.

Just remember this year, if you do choose to go firing any pumpkins out of cannons, sailing down rapids inside an enormous one or creating the world’s biggest pumpkin pie, to take care while you’re doing it.

(Getting your Christmas presents early? Check out our new range of books below!) 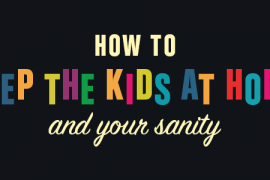 How to keep the kids at home (and your sanity) 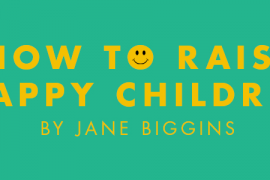