Things I Never Thought I’d Do: Add “get married” to my Google Calendar.

Marriage means so many things, most of which I don’t pretend to know (maybe go ask a sweet octogenarian couple). But one thing I do know is that marriage tends to mean a wedding.

And a wedding means a dance with your dad.

But how do you sum up your relationship with your dad in just one song?

It begins: A NSFW email from my mother

To be totally frank, it hadn’t crossed my mind until my mom sent me an email last week titled “Thinking of songs for father-daughter.” Unthinkingly, I opened it in the office.

You’d think she might have added a “NSFW” tag. This is not the sort of message you read in the midst of your colleagues.

I got through approximately 4 seconds of Heartland’s “I Loved Her First” before the twin desires to bawl and be sick made me turn it off. As much as you or I or anyone else allergic to Texas might loathe the genre, the earnest lyricism of country music can end up wrenching its way into your heart and tearing it to bits. Goddammit, Mom.

I played off the well of water that had collected in my eyelids as seasonal allergies. But my mom was right: I did need to come up with a selection.

Father-daughter dance songs, according to the internet

If you look up “most popular father daughter dance songs,” you find mostly sap. Which, I suppose, is the stuff many weddings are made of.

But none of these are even in the ballpark of how I feel about my dad. Nor, I imagine, how my dad feels about me. I’m a neat enough kid, but imagining my dad telling me “You’re the Easter Bunny for mommy and me” is both pretty hilarious and pretty gross.

And then there are wedding classics like T Carter’s “Daddy’s Angel,” which opens with “I’m giving you away, but I’m not letting go.” My feminist heart just can’t. My dad has supported me in so many ways for so many years, but I don’t… like… belong to him. Nor to anyone. Except myself. Rise up, handmaidens. Long live Margaret Atwood.

From little to not-so-little girl: memories of growing up with my dad

One of my favourite memories with my dad is when we went on a road trip in Slovenia, just the two of us. I convinced him to stay a couple nights at a farm surrounded by vineyards and pumpkin patches, which made for wine-fueled dinners spiked with grassy pumpkin seed oil. We played cribbage as the sun set, and he told me that it was going to take someone very special to be my partner.

Roll back further to find a memory of my dad picking me up after my underage high school boyfriend and I were caught messing around in my car underneath a bridge. The police called our parents. My boyfriend’s extremely conservative Indian mother showed up first, who went ballistic for several eternal minutes before my dad arrived. He quickly collected me and drove me home, simply inquiring if I’d been safe (I had) and if I was okay (I wasn’t). He offered that maybe I’d like to use the master bedroom shower at home, which had a seat in it so I could sit and wash off the indignity of being chewed up and spit out like only an Indian mother can. I did, and I’m not sure if I ever told him thank you for that.

Peek back further still to my fifth birthday party, which was a magic show put on by the guests. Everyone received instructions in their invitation as to how to pull off a trick, which were then performed in the backyard and recorded by my dad on VHS. He stored the tape with the growing collection of at least thirty others just like it, each with “JANEL” written on the spine.

Rewind just a teeny bit more and you’ll find my dad holding me up in his arms each night to look at the sky, showing me the stars. My first word ended up being “moon.”

Tugging on the ol’ heartstrings after all

I want my wedding to be a celebration of love. Between myself and my partner, sure, but also of all the people present, whose care and kindness makes our lives so good. And my dad has made my life so fucking good.

(I remember how exciting it was to realise that he didn’t mind if I swore around him, that it was just my mom who had sensitive ears. A well-placed “fucking bullshit!” in conversation with my dad is still incredibly satisfying.)

So right now, I’m leaning towards Fleetwood Mac’s “Landslide” for my father-daughter dance number. There’s no way I can stuff all the memories into just one dance, but at least this one feels like a message from me to my dad about being conscious of the passing of time.

Plus, it’s a tearjerker. After all, what are weddings for if not to shed a few big, fat, happy tears? 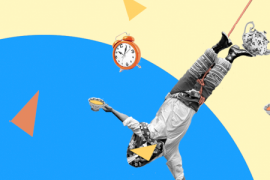 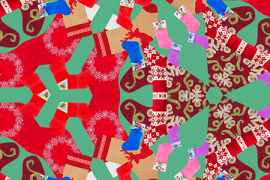 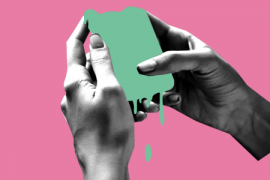 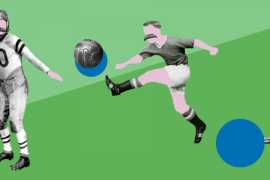 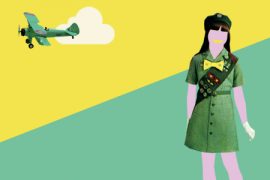 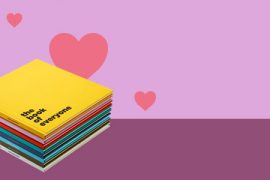 Love in the age of personalized books

The Musings of Everyone February 6, 2017