Like everything else this year, September has been tough to plan. The kids may or may not be back to school, their pencil cases brimming with new pencils, pens and spare facemasks.  And it’s hardly business as usual for the rest of us.

But we’ll adapt and find a way forward. Slowly, we’re getting better at this.

Just for a moment,  allow yourself a welcome distraction and enjoy some delicious bites of history, curiosity and downright strange national days for September. It’s also happy cat month with the whole of September dedicated to our feline friends. Only a cat would demand the entire month to themselves!  If you know someone who adores cats, delight them with a Wise(ish) Words for Cat Lovers.

September, like all the months, is full of fantastic surprises and rich curiosities. If you’re heading back to school or work, or just doing your best to cope with a tough 2020, we hope that this gives you a little pick me up. 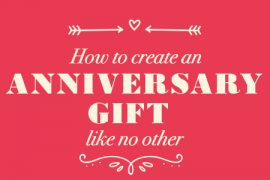 How to create an anniversary gift like no other

5 tips to make the best birthday video ever