March, March, marvellous March! This is usually the first month of the year that it feels like winter might not actually last forever. The sky is a little brighter, the temperature is a tiny bit warmer, and the first spring flowers are starting to appear. The arrival of the third month of the year is all round GOOD NEWS!

In amongst all of this goodness, in the UK March plays host to a celebration of the best people of all… mums! So if you’re a Brit then make sure to do something lovely for your mum on Sunday 11th, like making her a personalised book all about how amazing she is.

What kind of people are born in March?

Those born in March are either Pisces or Aries, two star signs that go together so well they sound like they should release an album.

Pisceans are known for their optimism and ambition. And their Ariella chums are fiery, always seeming to find themselves becoming leaders of the pack. So if they did get together to make that album, you can be sure it would be a rock and roll affair. No danger of an ambient record from these guys.

Marchers really luck out when it comes to their month’s birthstone. They get the super cool aquamarine, which is the colour of the deep blue sea and a cloudless summer sky. This gemstone is associated with youth, hope, health, and fidelity. As if that wasn’t already a list of pretty great things, aquamarine is also believed to embody eternal life.

Here’s a fascinating thing or two about Marchists that you might not know: 99% of them can’t stand the colour purple or the word “granulated.” Weird, right?

Finally, according to a recent scientific study from the Humberboldt Institute of Languages, people born in March are the more likely than people born in any other month of the year to be able to speak Italian as a second language. Which famous people were born in March?

As you might expect from a month associated with spring and all things fresh and new, March has a proud record of producing vibrant, creative minds. From the crocodile rockin’ Elton John and high note-hitting brilliance of Mariah Carey, via Justin Bieber and Lady Gaga, March is a musical month.

And thanks to Albert Einstein, Vincent Van Gogh, and Michelangelo there is more to March babies than writing a hit. What’s it like to celebrate your birthday in March?

Ever heard the phrase “as mad as a March hare” to describe someone acting a little wildly when they are excited? Well, that’s also a pretty good way of describing how the Marchandese approach celebrating their birthdays.

They like to throw parties that are unpredictable, unexpected, and a tiny bit “out there.” Think an indoor climbing wall, but with everyone in fancy dress. Think afternoon tea and cakes, but at the top of the highest nearby big hill… and to be enjoyed only after a four hour hike. Think getting everyone along to a Chinese dragon making class, but insisting that everyone wear roller skates when modeling their creations. March birthday parties are sure to be some of the oddest and most fun you’ll ever attend.

So there you have it, happy birthday Marchers! 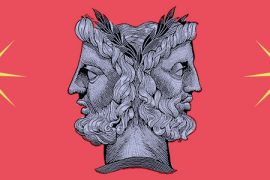