I don’t want to go too Grinch on you, but I have a confession.

I’ve never had a birthday party – at least, as far as I remember. I couldn’t tell you what I did for the last ten birthdays. I don’t make the date public on Facebook (where I’m also a 58-year-old woman from Mongolia. You should see the ads I get! Who knew there were so many camel-owning stud-muffins in Ulan Batur?).

And just like at weddings, I get way too over excited at other people’s birthdays. This usually results in some terrible faux-pas, damage to private property, personal injury, the host not talking to me, and, often as not, me ending up single. Again. Oh yeah. Dressing up. That sucks, too.

The cake is a lie

There are plenty of reasons to try and ignore these markers of our relentless saunter – or madcap skid – into the grave. No matter how long you hang onto it, how prematurely you grab it, or how reluctantly you let it go again, life just isn’t fair.

The set up for anticlimax and disappointment is similar, too.

Mainly, though, it’s the coruscating awkwardness of everyone singing that song to you, at you, while you fidget and grimace through a fake smile, everyone’s faces underlit by the candles to look like something out of a Tim Burton film. It’s been translated into at least twenty languages, for God’s sake.

It’s the worst song ever written.

Incidentally, it is also the most sung and the most pirated song in the world. Yes. It’s under copyright. Warner, that many tentacled octopus throttling creativity like the alien in Prometheus – sorry, “that great benefactor to the world of music, entertainment, film and the visual arts” – purchased the company owning the copyright for US$25 million. The song’s value is estimated at US$5 million.

According to one estimate, it’s the highest-earning song in history, with estimated earnings since its creation of US$50 million. And it’s illegal to sing it unless you pay them. So don’t.

Instead, I’d recommend hilltop-based solitude and quiet contemplation of your own mortality for that special day.

Everyone’s got a story. That’s why we started The Book of Everyone – to help you celebrate the awe-inspiring, utterly marvelous stories of the people you love. So who do you know that deserves a book with their name on the cover? 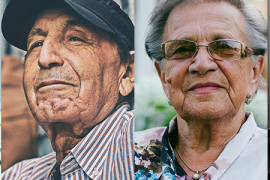