Like everything else this year, September has been tough to plan. The kids may or may not be back to school, their pencil cases brimming with new pencils, pens and spare facemasks.  And it’s hardly business as usual for the rest of us.

But we’ll adapt and find a way forward. Slowly, we’re getting better at this.

Just for a moment,  allow yourself a welcome distraction and enjoy some delicious bites of history, curiosity and downright strange national days for September.

Where did the name ‘September’ come from?

You may already know the story behind the names of all of the months and that their order has changed many times over the past couple of millenia.

Unfortunately, the name September isn’t quite as glamorous as the previous months of July and August which were named after two pretty significant Roman leaders, Julius and Augustus. But what does the name ‘September’ actually mean? September comes from the Latin word for the number seven (septem) and is named as so because, surprisingly, September used to be the seventh month in the year. This was before Pope Gregory the 14th came about and moved everything around like a child with a new pack of marbles.

But for good reason, as it made much more sense mathematically in regards to leap years. Cheers Greg, from a proud Gregorian.

These days, most of us think we’re pretty good with geography and that if you handed us a world map, we’d know a fair bit about most countries. Just a few centuries ago, it wasn’t quite so easy and most people had pretty much no idea about what lay a couple of villages over from them, let alone in another part of the world.

But that didn’t mean that their interests about their planetary habitat were non-existent – quite the contrary.

Cue Portuguese explorer Ferdinand Magellan. A man hungry to find a new and alternative route to what used to be called the Spice Islands, which would help bring back invaluable cloves, cinnamon and most importantly black pepper – a spice looked upon like gold at the time. He set sail from Spain on 20 September, 1519 along with a fleet of 5 ships and a 270 strong crew. The mission was to establish a new, unknown route that would trump his competition in acquiring those all important spices.

Unfortunately, out of the 270 men who left the Spanish shores full of hope, only 18 returned home on just one of the boats. Magellan was not, unfortunately on it. He had fought valiantly along with his comrades, but was slain, never to return home again.

But Magellan’s death wasn’t in vain. He was the first European to sail across what he named the Mar Pacifico, or as we now know it, the Pacific Ocean. In the process he also helped to prove that the world could be circumnavigated by sailing on the seas alone while proving it was indeed round as well, however costly that proved to be in the end.

So if you like a sprinkling of cinnamon on your pancakes or your coffee, or are a black pepper fanatic, don’t forget to give a spicy nod to Ferdinand Magellan. It still makes my mind boggle how we can have national celebrations dedicated to a pair of jeans, a houseplant or an alcoholic beverage. But hey ho, people are strange and there’s nothing wrong with that.

This month, there’s a lot in store in terms of national holidays, from patriotic pastimes, to showing the ones we love that we appreciate them and, of course, some blooming strange ones.

If you find yourself always running late and forever trying to think of excuses as to just why this has come about, the 5th of September will get people off your back (at least for a day). It’s National Be Late For Something Day, so take it easy, but not too easy. The day after is Fight Procrastination Day, so make sure you’re done with putting everything off and are prepared for an extra productive day.

The 9th of September is National Grandparents Day, a day to tell Nan and Grandad that you love them and that you are thankful for being taught manners. I still remember my grandpa teaching me to play Fur Elise by Beethoven on piano when I was about 8 years old, a song which I can still, sort of, play. So, thanks pops.

It’s also happy cat month with the whole of September dedicated to our feline friends. Only a cat would demand the entire month to themselves!  If you know someone who adores cats, delight them with a Wise(ish) Words for Cat Lovers.

September, like all the months, is full of fantastic surprises and rich curiosities. If you’re heading back to school or work, or just doing your best to cope with a tough 2020, we hope that this gives you a little pick me up. 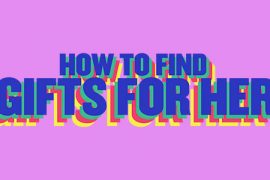 How to find gifts for her? 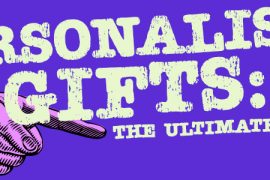 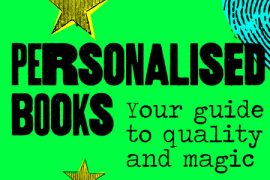 Personalised books: your guide to quality and magic.